Beginning classes at a new college could overwhelm anyone.

But imagine that, along with learning a new campus and meeting new people, you’re also getting your first taste of sweet tea and learning to drive on the right side of the road.

A small group of new University of Georgia students gathered Tuesday to soak up knowledge, two days before UGA winter semester classes even begin. They are international students from all over the world at UGA for a crash course in the American way of life.

About 2,100 of UGA’s 34,000 students are from other countries, and 300 or more new international students enroll each year, said Leigh Poole, director of UGA’s International Student Life office. 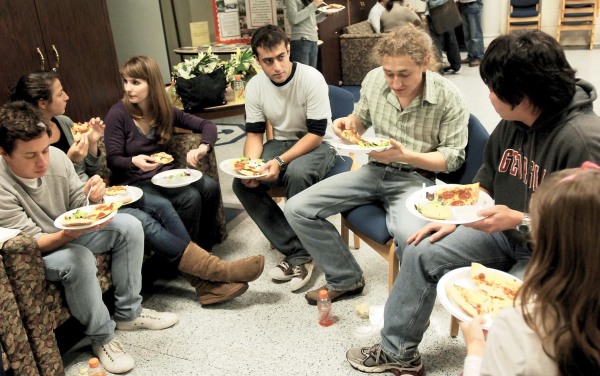 Foreign students thousands of miles from home also may have to learn things we take for granted, such as what Americans consider good manners and what they consider rude, Poole said.

Students who have to make such big adjustments can suffer culture shock, a kind of super-homesickness, Poole said.

“It can really hit you heavy, and it can hit you hard,” she told the students.

None of the students at orientation seemed to be in culture shock just yet, but were still soaking up their new American experience.

Kate Stone, one of four exchange students from Australia, was most impressed with the roads – big, like American cars, she said.

Chinmay Kale, an Indian student studying advanced computer science, had already made a new friend in Lucky Mehra, also from India, who came to UGA to get a master’s degree in plant pathology.

The American transportation system also impressed Kale, in a way that might surprise many local drivers.

“The way people drive here, they are very patient. Back in my city, they drive very rashly,” Kale said.

Your ticket for the: America 101: Campus serves up course on U.S. culture