W&M featured on ‘Today’ as a Princeton Review best value

For the second time this academic year, the College of William and Mary has been ranked among the country’s top values in public universities. In its 2009 annual college rankings of best bargains, The Princeton Review listed William & Mary third among its top public universities.

Thursday’s announcement came with an added bonus – national television exposure. The “Today” show, NBC’s popular morning show, ran a full segment with co-host Meredith Vieira on The Princeton Review rankings – including a feature on William & Mary. The segment, which included video footage of faculty and students on campus, gave special recognition to the College and its place as one of the country’s No. 3 best value. The set was also decorated in colors from a number of the top universities, including a green and gold pennant from William & Mary. The rankings were also highlighted Thursday in USA Today. The country’s largest newspaper partnered with The Princeton Review this yearto present the rankings. 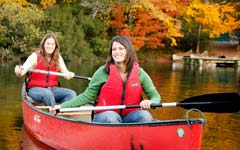 William & Mary was one of two Virginia schools among the top three public schools — the University of Virginia claimed the top spot. Swarthmore College was ranked the country’s best value among private colleges. The Princeton Review, known for its college guidebook and test preparation services, ranked the top 50 public and top 50 private universities. The rankings, based on surveys of administrators and students, focused on a combination of factors such as academics, cost and financial aid.

Thursday’s news comes on the heels of several other rankings this academic year highlighting the College, including an announcement in October that Kiplinger’s Personal Finance Magazine listed William & Mary as fifth among its top 100 universities that combine “outstanding economic value with top-notch education.” The College was featured on Kiplinger’s Web site with an audio slideshow and online tour of William & Mary as a “best value.”

In August, William & Mary was listed 32nd overall and sixth-best public university, according to U.S. News & World Report’s annual ranking of undergraduate programs. Earlier in August, the College was ranked 49th overall – based on a different methodology – by Forbes magazine. In July, Forbes also ranked Virginia as the country’s best state for business. Virginia topped the Forbes list, according to the article, in part because of “top colleges like the University of Virginia and William & Mary.” In July, The Princeton Review also ranked William and Mary and its Swem Library eighth in the category of “Best College Library.” In October, Financial Times ranked the William & Mary’s Mason School of Business’ Executive MBA program as one of the top 100 programs in the world. The program ranked 41st among U.S. schools and 94th worldwide.

Thursday was also the second time this academic year that William & Mary was mentioned on the Today show. In September, co-host Matt Lauer and television personality Al Roker came to town for a special show featuring Colonial Williamsburg. When hundreds of William & Mary students, faculty, staff and alumni arrived to greet them, Roker mentioned the College several times during the show and even donned a Tribe baseball cap.

Your ticket for the: W&M featured on ‘Today’ as a Princeton Review best value

W&M featured on ‘Today’ as a Princeton Review best value